Ageism in the Workplace

Over 45 and Struggling At Work? You're Not Alone

You can find anti-bullying, anti-smoking, anti-racist and anti-discrimination groups of all kinds online, but regardless of how hard you look you will find little information on age discrimination laws that are in effect across every province of Canada. According to a 2013 joint CARP-Ceridian study, “ageism discrimination against mature workers exists within the Canadian corporate culture, despite how far we like to think we have come.”

Age of the Worker Does Not Define Capability


There is no truth in the assumption that our flexibility, capability and knowledge is defined by our age. When I first studied Multimedia Computer Design Applications over age 35, I was concerned that my age would preclude my being able to achieve a successful career in multimedia, but I forged on anyway because I loved the creativity of the digital design field.

After working in digital design for six years in a medium sized city, I moved to a larger city and had to start at the bottom again. I had a design portfolio of decent print and web work that I showed to prospective employers, but initially I could only find work as an administrative assistant with some design responsibilities thrown in. People at the downtown consulting firm that first hired me made it clear that my boss had had an affair with my predecessor, and it was inferred in my hiring that they would be safer hiring someone my age.


Determined to refute any accusations that my worries about ageism appeared victim-like, I forged on with a positive attitude. However I did not experience much that was very different over the next decade even though I upgraded my digital design and marketing education and kept honing my skills. I studied web design and digital marketing management at both Ryerson University and the University of Toronto. After designing corporate engineering brochures that were promoted to all architects across town, I moved on to design the websites and brochures for an established window fashion firm, then a series of flash websites for a national property management firm, then handled all digital marketing for a reseller of barcode scanners, printers and industrial automation devices. I optimized hundreds of magazine articles for SEO for a publisher, project managed client interactive work, managed e-marketing campaigns in the corporate logowear industry, blogged, built social communities, managed organic and paid search campaigns for brands and sub-brands. In every normal sense, this would be called building one's career by performing good work and improving one's own expertise.

Ageism in the Workplace: A Builder of Personal Character?


By my late 40s I was a digital marketing manager with a strong digital design background, and I can definitely attest to the existence of ageism discrimination in the workplace, however subtle and difficult it is to either prove or change. Since everything has a positive side, ageism in the workplace has definitely been a builder of my personal character.

Most people my age do not change jobs or work on a contract basis, but I had established a solid marketing network and was convinced I could overcome the now-familiar biases. I was also a baby boomer operating in a field that I knew was created by and dominated by millennials, who I found refreshingly unconventional. But if age discrimination laws are in effect in Canada, why can't competent, experienced people over age 40 pursue careers of their choice in fields that they are passionate about and good at? There should be room for everyone to contribute in some meaningful capacity, and biases and prejudices should not rule.

It is clearly up to our corporate leaders to set the stage for people of any age to be able to pursue their careers in the corporate world and not experience ageism. Unfortunately, the field of digital marketing is one of the few fields of which corporate managers often declare their ignorance and then proceed to appear almost proud of the fact. There is no explanation for corporate management over age 45 who didn't grow up with "digital" showing such little intention of ever becoming acquainted with it. Digital marketing and digital media are, after all, primary tools used in the way the world works now and in the way their companies work. The result of ageing senior managers abdicating digital and glibly remaining in this comfort zone is that digital marketing is up for grabs or takeover by anyone, regardless of their knowledge or qualifications - as long as they are young.

Ross Mayot, vice-president and general manager of CARP, a Toronto-based association that advocates for people age 45+, said “Mature professionals are often overlooked based on assumptions that they are too old to keep up with the times and may cost a company more in terms of benefits.” But those assumptions aren’t true, he said. “Employers need to realize that the age of the worker does not define capability, negate the willingness to learn or adapt, or automatically mean increased benefits costs,” he said.

For information on ageism discrimination against mature workers please see:

The Workplace Institute
Grey Matters
Top Employers for Canadians Over 40
CARP
Age-Discrimination Lawsuits
50 Is the New 65
Is Your Workplace Ageist?
Forced Out, Older Workers Are Fighting Back 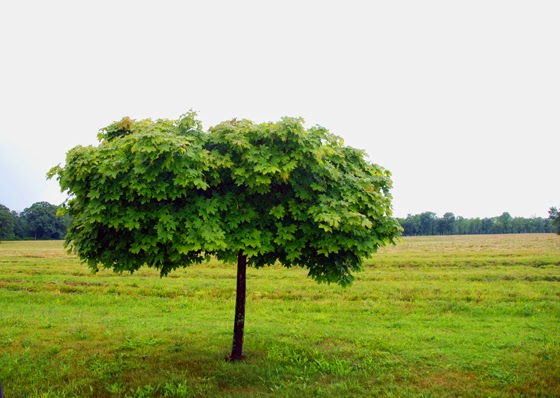